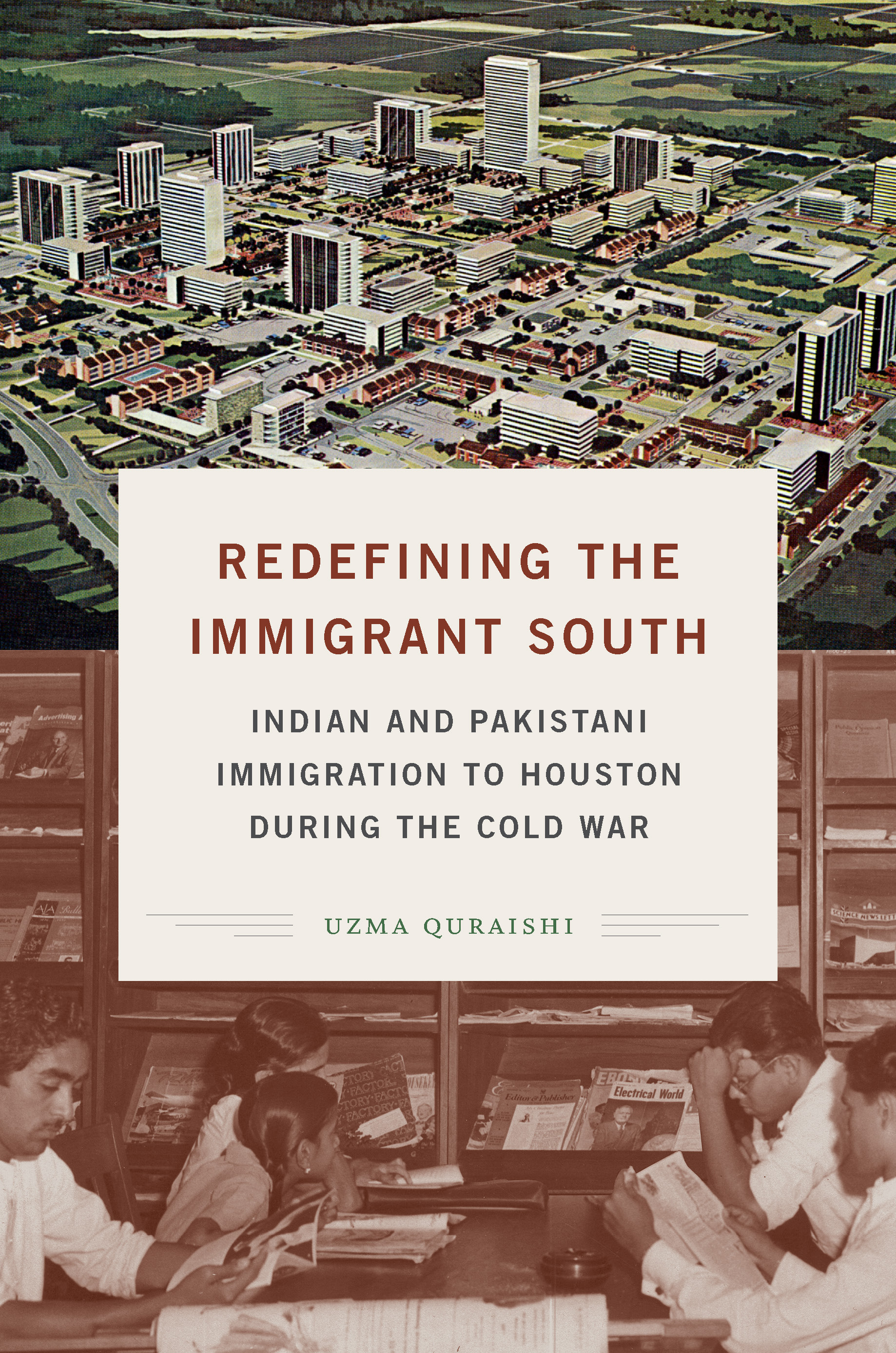 Praise for the book:

“Rare indeed is the book that links so gracefully high-level international policy making on a global scale with the lived experiences of scores of individuals who migrated halfway around the world to the distant land of Texas to build new lives. Here is a nuanced discussion of how class, race, ethnicity, religion, and gender intersected in the formation of the South Asian American community of Houston.”—Thomas Borstelmann, University of Nebraska–Lincoln

“The heart of the book consists of three dozen interviews with South Asians who immigrated to Houston during the Cold War, but Quraishi has also delved into a number of archives, scoured scores of reports and newspapers, and read everything that might possibly be relevant, bringing all that erudition to bear on her subject. This work is original, striking, and most important, true, and revelatory.”—Paul Spickard, University of California, Santa Barbara

Quraishi’s first book is Redefining the Immigrant South: Indian and Pakistani Immigration to Houston during the Cold War, published in 2020 by the University of North Carolina Press, in association with the Clements Center for Southwest Studies at SMU.

This transnational narrative begins in the major cities of India and Pakistan in the 1950s and culminates in the suburbs of Houston in the late 2000s. In the early years of the Cold War, the United States mounted expansive public diplomacy programs in the Global South, including initiatives in the recently partitioned states of India and Pakistan. U.S. operations in these two countries became the second and fourth largest in the world, creating migration linkages that resulted in the emergence of American universities, such as the University of Houston, as immigration hubs for a highly selective, student-led South Asian migration stream. By the late twentieth century, Houston’s South Asian community had become one of the most prosperous in the metropolitan area and one of the largest in the country.

Redefining the Immigrant South  takes a long view of the immigration process, from the formation of migration linkages overseas during the Cold War to the final years of immigrants’ lives in American suburbs, moving from the global to the local. As an exegesis of power hierarchies in everyday American life, the book argues that South Asian immigrants appealed to class conformity and endorsed the model minority myth to navigate the complexities of a shifting Sunbelt South. The experiences of middle-class, urbanized Indians and Pakistanis who sought higher education in and migration to a city transitioning out of Jim Crow reframes our understanding of twentieth century migration, the changing character of the South, and the tangled politics of race, class, and ethnicity in the United States.

The project foregrounds oral history interviews and records from the U.S. State Department, augmenting them with census data, digital mapping, local newspapers, and memoirs in order to balance a top-down and bottom-up approach.